These Nurses Are Also Inventors

Quality Over Quantity: Why Niche Job Boards Work In Your Favor

The Future of Nursing Technology Is Exciting

You see problems with the equipment, software, bedding, clothing, etc. you use in your job every day. If you have an idea to make something better, here are a few inspirational stories of Nurses who acted on their ideas to create a better solution to the problems they encountered. 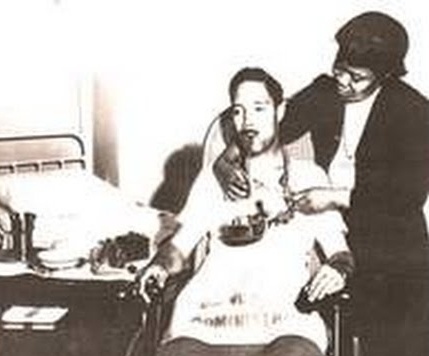 Decades ago, Bessie Blount Griffin was a a volunteer Nurse at a New Jersey hospital. According to marketplace.org, while Griffin was there, she noticed lots of veterans had lost the ability to use their limbs. She decided to create an invention that would allow paralyzed veterans to feed themselves using a tube they could bite on with their teeth.

Even though she had worked for so long and invested thousands of dollars of her own money into her invention, the VA wasn’t interested in paying the $100,000. So instead, she donated it to the French government who used it in military hospitals nationwide.

Bessie was determined to prove “that as a black female, we can do more than nurse their babies and clean their toilets.” 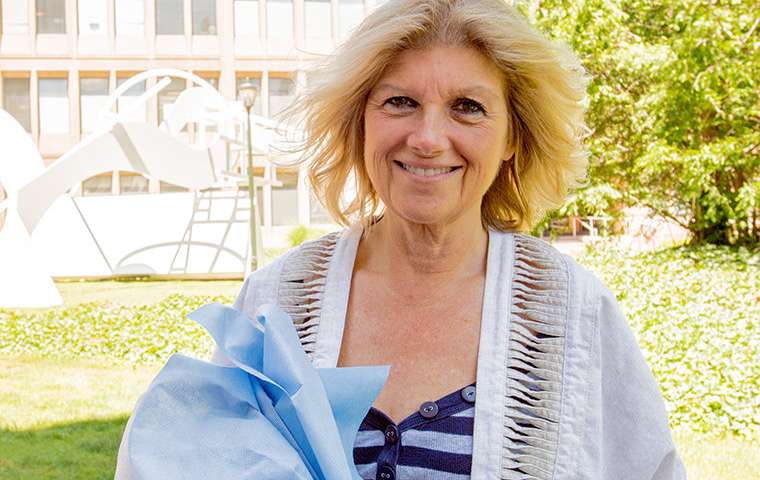 Jill Byrne is an operating room Nurse who created a garment that could help surgeons reduce heat stress. Heat shortened the tempers and focus of surgeons. So Jill fashioned a vest from scrap draping material common in hospitals. Outfitted with pockets for re-freezable ice packs placed around the body, the garment was designed to fit under a surgical gown. She created this piece in her living room.

Heat stress is an occupational hazard for surgeons. They must keep the thermostat in operating rooms above 68 degrees—a standard set by the Center for Medicare and Medicaid Services—and that’s before factoring in warmth from lights, impervious layers of protective clothing and the intense physical demands of some surgeries, such as joint replacements.

As little as 30 minutes of overheating starts to tax internal organs and is associated with weight gain, hypertension, cardiovascular disease and a hindrance on cognitive performance, according to peer-reviewed research and stress studies by the Mayo Clinic.

According to medicalxpress.com,  the first surgeon who wore the cooling vest showed such a dramatic change in personality, Byrne said, he was singing show tunes and was calm, polite and clear of mind during the procedure.

In a product trial at several Cleveland Clinic facilities, 97 percent of the surgeons, technicians and nurses who tested the vest said they would wear it again; it was lauded for its low cost, light weight and how its disposability does not create an additional source of contamination or laundry.

Byrne secured a provisional patent and is working with a team from Cleveland Clinic Innovations to license the property to a third-party manufacturer, and the vest could be for sale within a year. 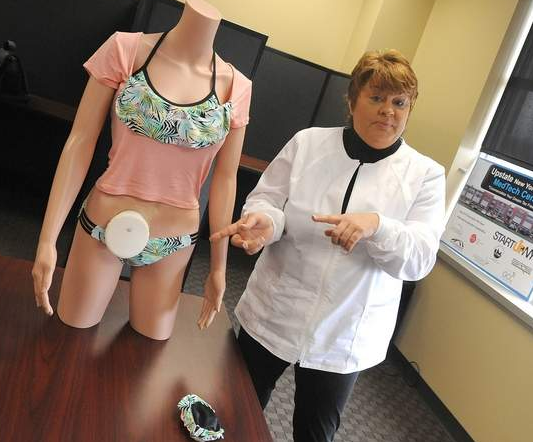 Registered Nurse Georgann Carrubba created a product that could improve the quality of life for the more than 800,000 Americans who use ostomy pouches after surgeries. The Choice Cap System and Nurse Carrubba went before a panel of judges at the Rochester Venture Challenge and won the $25,000 grand prize.

The cap system is a double-flanged wafer that a patient could then connect to either a traditional pouch, a light-weight, air-tight and waterproof cap; or a smaller pouch stored in the cap.

Genesee Community College Director of Nursing Kathleen Palumbo said, “Put yourself in the place of these patients — having a bag on your abdomen that fills with stool, that sometimes smells. Even going to the grocery store, a restaurant, never mind swimming, playing golf, tennis or anything like that. Some of these people become virtual shut-ins, they become afraid, embarrassed.”

The Choice Cap is meant to add a more secure and less obtrusive option that will work and cost the same as the traditional systems. Carrubba said users can be more comfortable in public, in activities and in intimate situations.

“One of the biggest struggles patients had was changing their lifestyle to accommodate a pouch,” Carrubba said. “This is going to bring them back to doing the activities they’ve avoided or feared.” 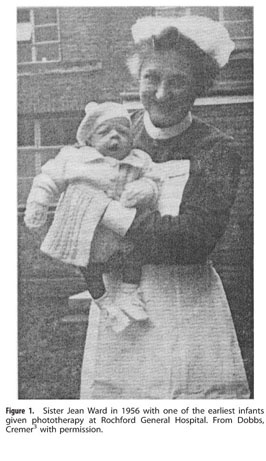 A Nurse named Sister Jean Ward invented neonatal phototherapy in the 1950’s. She was in charge of the Premature Unit at Rochford General Hospital in Essex, England and realized that sunlight reduced jaundice in newborns and premature infants. This discovery led to phototherapy, which probably is the most common clinical treatment applied to newborn infants.

Anita Dorr, RN invented the first crash cart in 1968. According to workingnurse.com, while working in the emergency department she became concerned about how long it took the staff to round up all the equipment needed to treat a critically ill patient. With her staff, she compiled a list of items that would be needed in any type of emergency.

Anita and her husband John measured everything and built a red-painted wood prototype in their basement.

The original cart had a laminate top and included wheels for quick movement to the bedside. Everyone called it the crisis cart.

Nurse Adda May Allen worked at Columbia Hospital in Washington, D.C. in the 1940s. Allen realized it was exhausting for babies to nurse on bottles so she created a disposable liner that moms and hospitals could throw away after just one use. While a baby sucked on a traditional bottle, a partial vacuum formed, inverting the nipple. A plastic liner, however, allowed the sides to close in as a baby drank her milk.

In 1985, Nurse Teri Barton-Salinas wanted to make IV lines different colors to reduce medical errors. Barton-Salinas got the idea when she was working as a labor delivery Nurse and had to use the lines in newborns.

According to dailyrepublic.com, it remained only an idea until 2003 when she and her sister, Gail Barton-Hay, got what they call ColorSafe IV Lines patented. Now, with the help of retired California Highway Patrol officer Royce Brooks, who runs Creative Safety Solutions, the two nurses hope to make hospitals and medical centers safer with their invention.

We hope you are inspired by these creative Nurses and the improvements they contributed to the medical community. Do you have an idea to make things better for you and your patients? If so, how about acting on it? We’d love to hear about it!

Previous Conflict Resolution in Nursing
Next How do I obtain leadership experience?

The healthcare industry is constantly evolving, and with new services come new roles. Policies and …

Cultural Considerations and Use Of An Interpreter

In Case of Emergency Trailer

Join our Team at Eskenazi Health

The Children's Hospital of Philadelphia

Powered by Diversity Nursing | Designed by Diversity Group
© Copyright 2020, All Rights Reserved
Please leave a message of support and encouragement for any nurse you might know.

Thank you for sharing your support!